“The Ploughman” is a collaboration between Casey and Tim Greenwood, who first met on Crete in 1974 where they played together in the cafes and taverns until the Turks invaded Cyprus. In 1979, the two musicians reconnected in Hamilton, N.Y., where they began writing songs inspired by the rural landscape and lifeways of the Chenango Valley.

“We were living in an agricultural community where the people are close to the land,” said Casey of the music. “The artwork of Lee Brown Coye also influenced us — his murals from the 40s and 50s of country scenes in the Syracuse area: canals, railroads, farming and the Loomis Gang hiding out in the Nine-Mile Swamp.”

In 1980, both musicians returned to their home cities; Greenwood to London, and Casey to Troy, N.Y. But in 2006, the two resumed their musical collaboration through the Internet and during Casey’s visit to London. This February, Greenwood returned to the U.S. to complete the project that has evolved over the past 30 years. They recorded the album in two days at Tony’s House Recording Studio in Saratoga Springs, N.Y.

“The Ploughman” can be purchased for $10 or can be listened to in its entirely online for free. It features original and traditional tunes, with Casey providing guitar and vocals and Greenwood on guitar, tin whistle and vocals.

“Tim’s half Irish and half English, so he brings his unique sense of Irish folk tradition to the album,” Casey said. “He did a fantastic job with the tin whistle.”

You can find it, and other albums by Jack Casey, including “Ya Don’t Know Jack!” and “The Trial of Bat Shea,” at: http://jackcasey.com/music/ 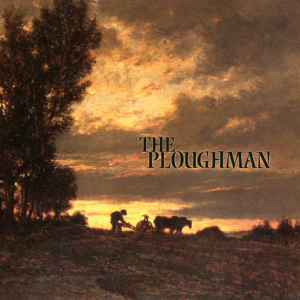 THE PLOUGHMAN
by Jack Casey and Tim Greenwood

For a high resolution album cover and headshot of Jack Casey, visit: http://duncancrary.com/clients/JackCasey.html

Jack Casey (1950–) is a singer, songwriter, novelist, playwright and practicing attorney. His works are inspired by his native upstate New York.

After completing Yale, he traveled widely in Europe, America and Mexico before returning home to write. “The more I saw on the road, the more I loved and missed the Albany-Troy-Saratoga region,” he said. “Our impact upon the American way of life offers plots and themes that are epic in scope. With such easy access now from the Internet, I hope many more people will enjoy my work.”

Casey has practiced law, and involved himself in New York State politics beginning in 1980. From his position in the State Capitol, he has experienced firsthand major upheavals that affected New Yorkers. Semi-retired since his children are raised, he now turns his full attention to writing about the visionaries, lovers, rogues and even outlaws of New York State’s colorful past and present.

This December, he served as counsel representing the interests of the Livingston family in a smash holiday mock trial to determine “Who Wrote A Visit From Saint Nicholas?” The event was covered by NBC National News, The Wall Street Journal and many other regional media outlets.